For years now Aalter has served as a model when it comes to future-oriented thinking - and today it is proving to be a pioneer once again. Because, together with TomorrowLab, it has rolled out a unique communication solution without quick wins, but with an eye to the far future. The town has installed ten interactive information kiosks in eight sub-districts that will keep its citizens informed in a revolutionary way.

The fact that Aalter fully digitised its back office ten years ago not only made it the first municipality to earn the ISO 9001 quality certificate, but also put it in pole position for implementing future-oriented solutions. After all, data and digitisation are the most important facilitators for applying new technologies.

And yet, when Aalter embarked on this digitisation, it had no particularly revolutionary ideas in mind. "But whoever wants to listen closely to its citizens and involve them as much as possible in policymaking has to provide good information and services", explains alderwoman Bieke De Neve. “That was actually the trigger for digitising everything and installing a quality system.” Other projects grew out of this organically, such as a modern website, communication via Facebook and Twitter, or the live streaming of town council meetings.

Being and staying a step ahead

Last year, Aalter decided that the time was right to take an additional step. Alderwoman De Neve: "Our information signs were due for replacement and, because communication is evolving so quickly, we asked ourselves whether it was a good idea to simply invest in new ones. And who could offer a better answer to this question than TomorrowLab?"

Challenge accepted! What´s more: the solution that was worked out can be fairly labelled ‘revolutionary’. Because by replacing infoboards with smart urban furniture, the municipality opted to swim against the current. The interactive panels that will be put up throughout the town not only display informative messages, but also enable citizens to contact the municipal services directly.

We got a sparring partner who helps us make well-founded decisions that will benefit the town over the long term.

De Neve: "For example, they can ask when the recycling park or swimming pool is open, but also whether their new identity card is ready to be picked up. Because the panels work with a large number of sensors and cameras, they offer many other future functionalities as well." We at TomorrowLab are also very enthusiastic, because smart urban furniture can be extended with any number of sensors and modules. The kiosks are already equipped with sensors that measure the air quality and fine dust particles and which (completely anonymously) count the number of passers-by. In the future, for example, Aalter can also link it to interactive smart lighting or dynamic traffic control. The possibilities are very promising. "For example, we’re also working on an app with which the municipal departments can push useful information, and we´re experimenting with a reception robot in the town hall itself."

"Thanks to TomorrowLab, we´re learning to broaden our vision", concludes alderwoman De Neve. “We got a sparring partner who helps us make well-founded decisions that will benefit the town over the long term. Even if we´re going against the current.”

Would you like to know more about the plans in Aalter and about Pepper, the reception robot?

ABB reinforces pioneering role thanks to cross-pollination with other sectors 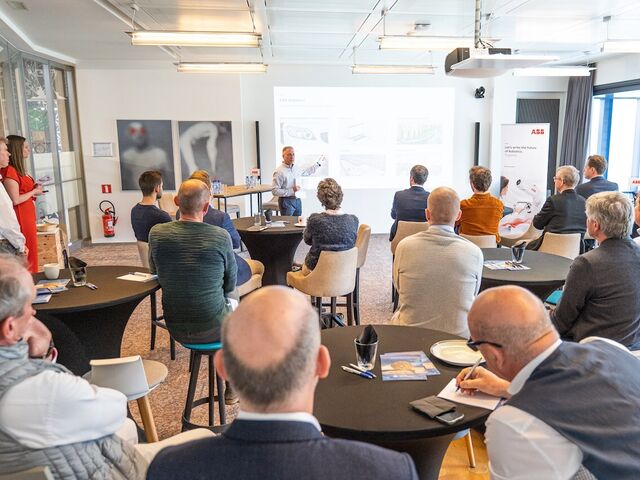 When ABB Robotics, an established brand and pioneer in the Dutch construction market, wanted to extend its activities to the Belgian market, the company called the support of TomorrowLab. With an in-depth exploration of the ecosystem in Flanders and an interactive inspiration day with industry peers, ABB Robotics has set the next steps on its way to expand their success thanks to their proven expertise in various industrial sectors. 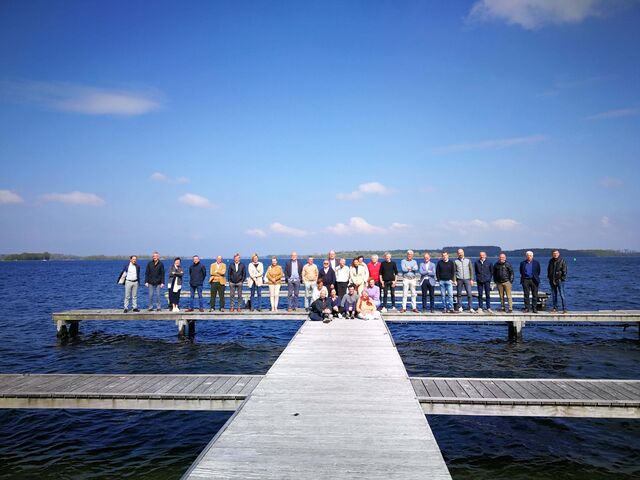 Zorgnet-Icuro takes the future in its own hands

For more inspiration and knowledge, subscribe to our monthly newsletter  of insights, and useful cases.

Stay at the top of your game

Subscribe to our newsletter and get compelling insights delivered to your mailbox.

Oops! It would seem that you are using an outdated browser. This might cause this website to display and function incorrectly. We strongly encourage you to install the latest version of your favourite browser. An updated browsers allows you to explore the internet in a modern and save way.